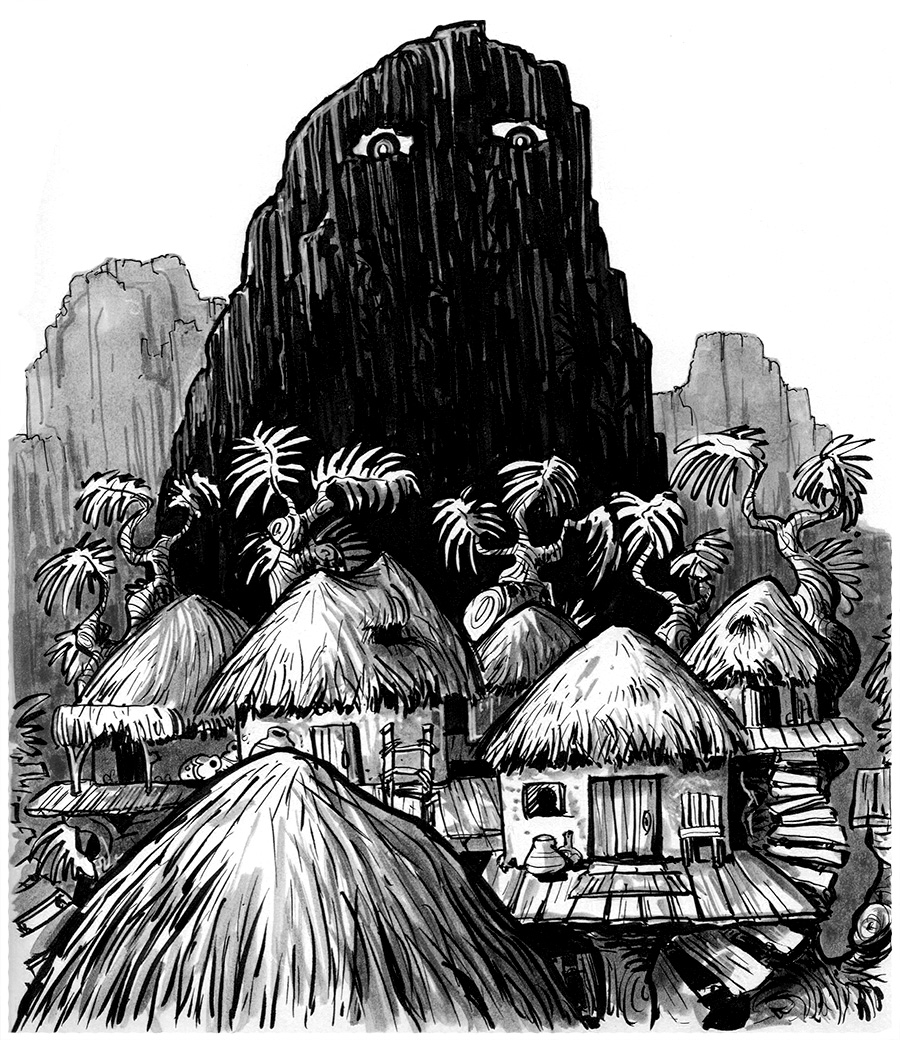 As I plan what I draw for Inktober, I pull from experiences I’ve had and from visuals I see online. Sometimes I just like to draw a very simple subject and see where it goes. Today it was “Giant” and I had visions of Jake Parker’s Antler Boy or some Godzilla style monster destroying a city (see drawing 2). Then I thought it would be cool if the giant were more like a mountain that is sneaking up on a city unaware. I’ve also been watching Will Terrell’s Inktober Drawings this year, which are phenomenal, and wanted to try to capture a variation of his thatchy island village dwellings. All in all, I’m pretty excited about this drawing. It is one of my favorites from this run.